The literal commandment is that we should write G-d's words on the doorposts of our houses.

This commandment pictures Messiah in a way similar to how He once described Himself:

"Truly, truly, I say to you, he who does not enter by the door into the fold of the sheep, but climbs up some other way, he is a thief and a robber. But he who enters by the door is a shepherd of the sheep. To him the doorkeeper opens, and the sheep hear his voice, and he calls his own sheep by name and leads them out. When he puts forth all his own, he goes ahead of them, and the sheep follow him because they know his voice. A stranger they simply will not follow, but will flee from him, because they do not know the voice of strangers."

This figure of speech Jesus spoke to them, but they did not understand what those things were which He had been saying to them. So Jesus said to them again, "Truly, truly, I say to you, I am the door of the sheep. (John 10:1-7)

The Word of G-d became flesh in the person of Messiah who is the door to His sheep.

When we write G-d's words upon our doorposts we remind ourselves that the Word of G-d, Who became flesh in the person of Messiah, is our door to salvation, redemption, and eternal life with our Creator.

How He fulfilled this commandment is not explicitly mentioned in Scripture, however, He likely followed the tradition of a mezuzah (see below).

Archaeological discoveries at Qumran (the site of the Dead Sea Scrolls) have uncovered ancient mezuzot that are dated 100-150 years before the first century. This indicates that mezuzot existed prior to the first century and were a common part of Jewish religious observance at that time and ever since.

This commandment is traditionally observed in a literal fashion: writing the commandments and putting them on the doorposts of the home. 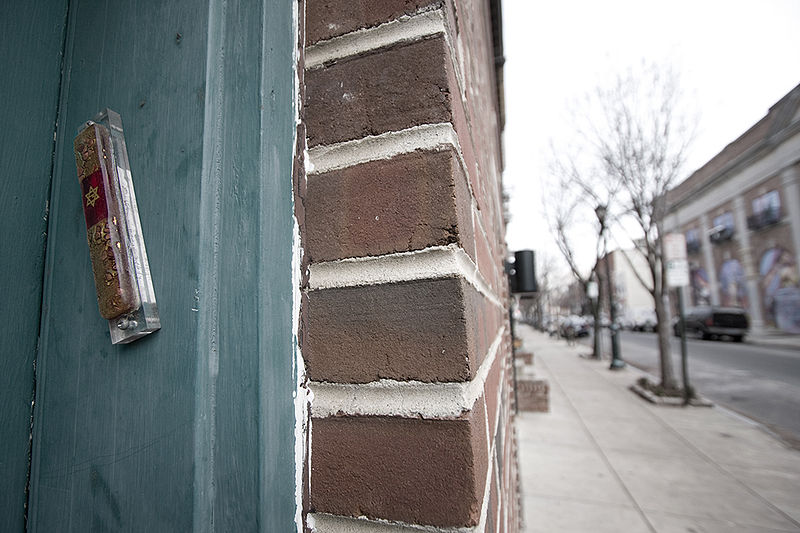 Since G-d's Word is holy and might be accidentally desecrated if they were written directly on the doorposts (by smearing the ink, painting over the words on the doorposts, remodeling, etc) the words of this passage in Deuteronomy are instead written on a small parchment. That parchment is then rolled up and stored in a small scroll box called a mezuzah [plural: mezuzot]. Mezuzah means "doorpost" in Hebrew.

The mezuzah is affixed to the doorpost on the right (the right side as a person enters a house or a room). It is usually angled inward to the house or the room to indicate an invitation into the home. 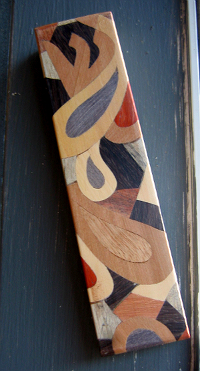 When a person passes by the mezuzah, it is tradition to touch it and then kiss the fingers that touched it, expressing our love for G-d and His Word.

Mezuzot are made in different styles from various materials. The box, itself, is not the fulfillment of the commandment; it is merely a container for the scroll which is. Traditionally speaking, the "good deeds" given by G-d in the commandments of the Law are to be beautifully adorned to give glory to the Most High. To this end, mezuzot are often embellished and decorated in a beautiful manner.

The latter part of the passage that commands us to write G-d's words "upon your gates" refers to the "city gates" that were the portals within the city walls. It does not refer to the gate on the fence of our backyard. Since most of us no longer live in walled cities, we are generally unable to perform that portion of the commandment.

We are able to fulfill this commandment today and should "write the commandments on the doorposts of our house".

Tagged with Signs and Symbols

More in this category: « Bind tefillin on the arm Each male must write a scroll of the Law »